Cost of Living in Lubbock Texas: 7 Essentials For Your 2023 Budget 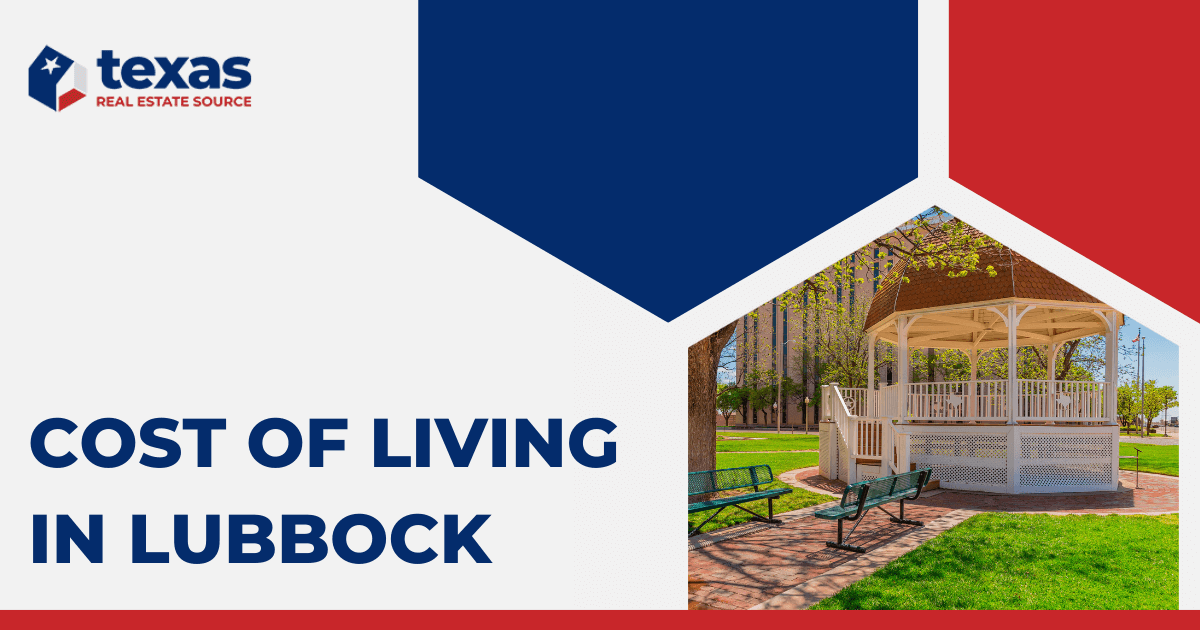 How Much Does it Cost to Live in Lubbock?

Lubbock, Texas, is a big town with a small-town feel and a population of over 260,000. Located in the northwestern part of the Lone Star State, it is about equal distances from Amarillo, Abilene, and Midland. With multiple Texas Tech University games, there's plenty of football to witness here, but this Southern gem offers more for its residents than just sports fandom. Anyone considering moving to Lubbock will find a variety of cultural, musical, and gastronomical delights. Attractions range from ranching architecture to the Buddy Holly Center to restaurants that serve everything from vegan cuisine to award-winning Texas barbeque. With ample amenities, Texas Tech University, and a thriving economy, Lubbock is an attractive place to move.

What does it cost to live in Lubbock, though? New residents are likely in for some savings, as the overall cost of living in Lubbock is estimated to be anywhere from 10–20% lower than the national average. Here's what goes into that number:

Housing offers the most significant savings compared to other, more expensive cities in the U.S. Compared to places like San Fransisco, California, homes for sale in Lubbock are a whopping 75% more affordable. Homebuyers don't have to look that far afield to see the price difference, either—housing prices in Lubbock are much lower than many other Texas cities, too.

Home listings in Lubbock are also offered within a large range. A relatively new, 4-bedroom, 3-bath home in one of Lubbock's most popular neighborhoods may be listed in the high $300s or mid-$400s, but there are also luxury homes for sale all the way up to around $2 million. Homebuyers looking at Lubbock's new construction luxury neighborhoods can expect to see home prices generally ranging from the $500s to the $800s. And, of course, there are plenty of homes for sale in Lubbock listed at well below the median, including new construction homes in the high $100s in some neighborhoods.

Rental prices vary just like homes do—by neighborhood. The most expensive rents are generally found in neighborhoods like Overton and Guadalupe near downtown, and the most affordable rents in neighborhoods like Skyview near the airport and the Parkway and Cherry Point neighborhood just east of MacKenzie Park. Tech Terrace and Bowie offer a middle-range price for rent. 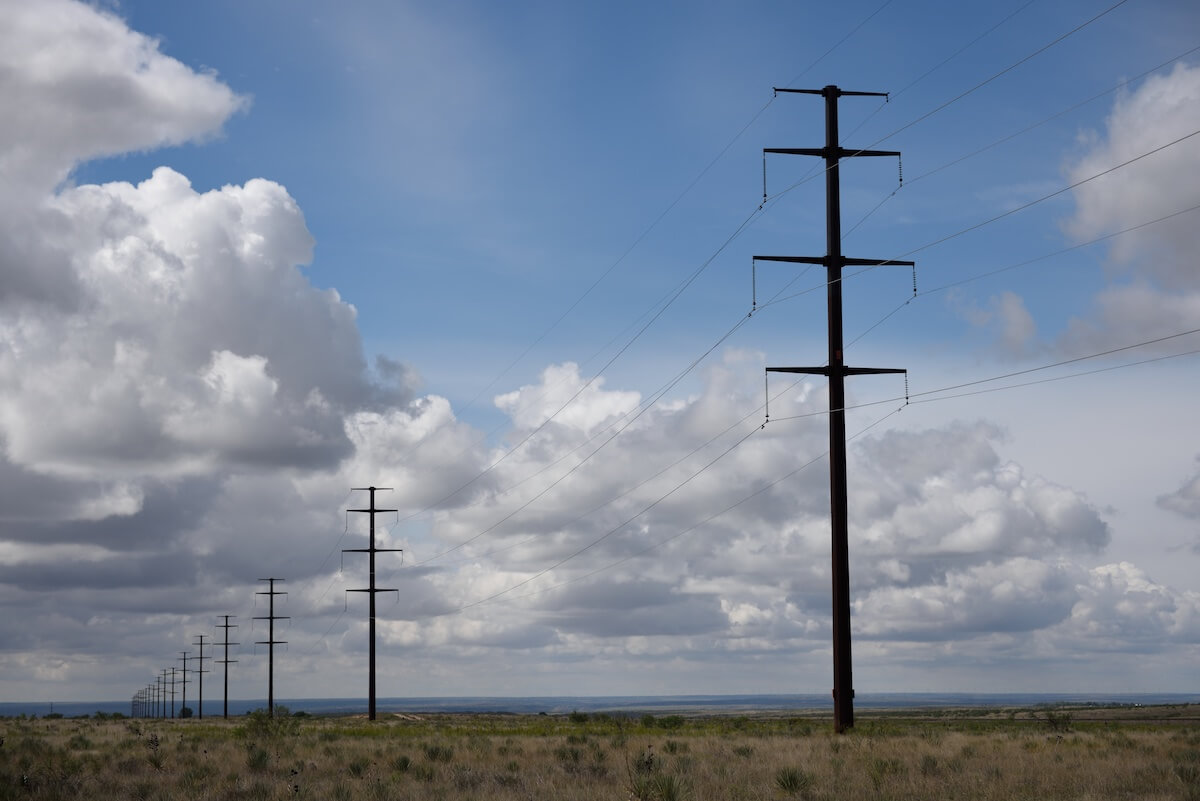 Residents of Lubbock, Texas, enjoy roughly 10% lower utility bills than the national average. Average savings on energy bills, in particular, are notable, as the residential kilowatt rate is about half that of the average energy price in the U.S. Electricity bills for Lubbock residents may be around $150 per month, about $0.082 per kilowatt hour, compared to the U.S. average of around $0.163 per kWh. Here are some other average bills for residents to make a mindful comparison to living expenses in other cities:

When considering how much house one can afford, it's a good idea to consider costs that could free up more money for a mortgage payment. Since Lubbock already offers a lower median home price compared to nearby Texas cities, it's also great that potential residents can throw a few more dollars toward a rental or mortgage payment due to lower food costs, on average. Grocery bills tend to be about 8% less expensive than the national average, and restaurant trips won't break the bank either, though food costs vary depending on where residents dine and shop.

Those moving to Lubbock will be happy to know there are plenty of discount retailers, such as Costco. People also shop at Natural Grocers, Sprouts, Market Street, and United Super Markets. Each store offers deals on items like milk, eggs, bread, and other staples. Utilizing memberships and paying attention to daily sales can help lower food costs when living in Lubbock, but they're already more affordable than large cities throughout the U.S. A single adult resident of Lubbock typically spends just over $3,000 on food per year, while a household of four might spend just over $8,800. The average cost of food for a household of four nationwide is closer to $9,350. 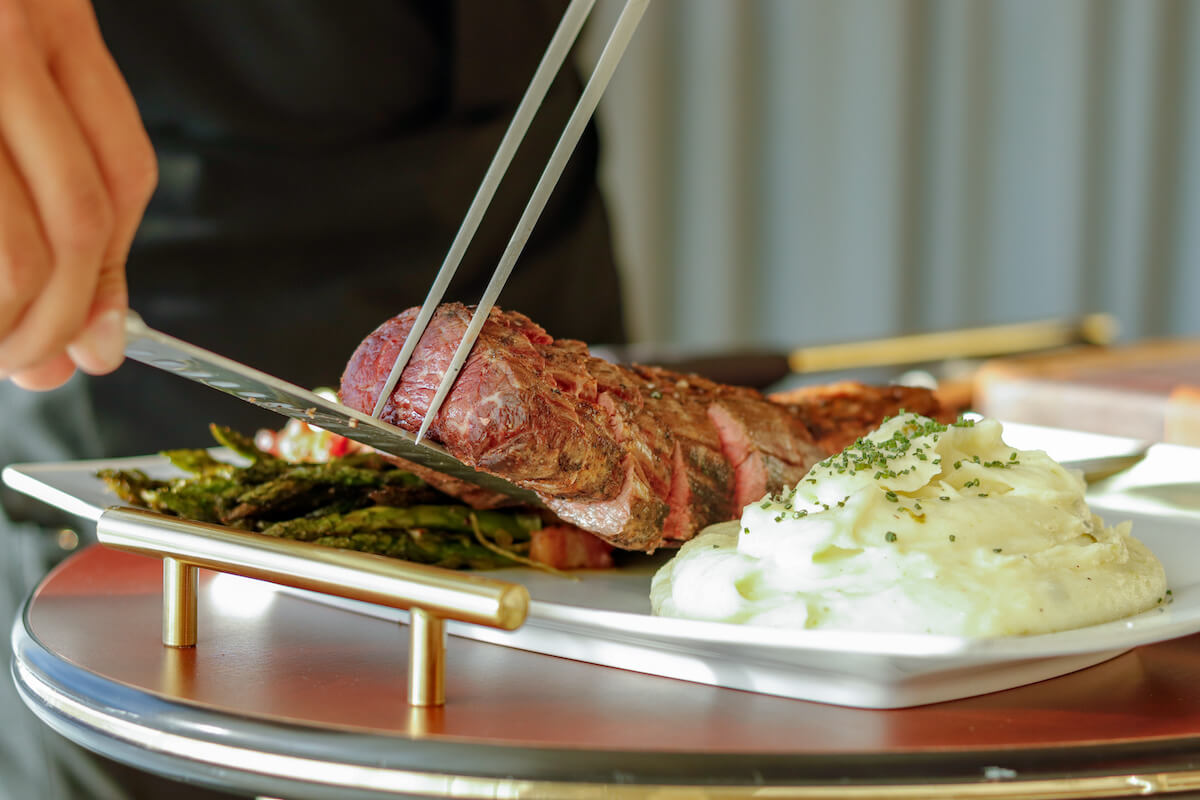 There's an option for every budget for potential residents of Lubbock who want to enjoy an afternoon lunch or dinner out. Find cheap, delicious eats at one-of-a-kind Lubbock originals like One Guy From Italy, Lubbock's Breakfast House, and Leal's Tamale Factory, or splurge on fine dining at Las Brisas Southwest Steakhouse and The West Table Kitchen & Bar. No matter what dining type residents choose, there are affordable options and more indulgent ones, depending on their budget.

General transportation costs, including public transportation, are more affordable in Lubbock than in surrounding cities. Whether residents want to travel within Lubbock or to nearby cities like Amarillo, Texas, about 2 hours away by car, or to Albuquerque or Dallas, which are both 5 hours by car, there are affordable travel options.

Limo service starts at $50 an hour and can be scheduled with a preference for Lincoln town car, limo, SUV, and luxury car.

For those with their own cars, car insurance costs approximately $1,096 per year for auto insurance. That is less than both the state and national average annual premiums, and 16.7% cheaper than the Texas average.

Health insurance premiums are on the rise nationally, but the average in Lubbock is about equivalent to the rest of Texas. A 40-year-old that needs coverage might pay about $509 per month. Many Lubbock residents can receive health care through their employers or get a discounted premium in this way. Older adults are eligible for health insurance through Medicare, and some households can get health insurance covered through Medicaid. Health insurance costs can vary widely depending on the type: HMO, PPO, POS, HSA, HRA, or MSA.

There are also out-of-pocket health care costs, which are lower than the national average due to the lowered costs of pharmaceutical items at places like Walgreens, Walmart, and United Coalition Pharmacy.

Working residents in Lubbock need to compare child care costs to their overall income and housing costs. Child care is one thing in Lubbock that is slightly more expensive than in other cities. It's about 10% more expensive here than in other states. However, there are different types of child care available for parents and guardians to consider, ranging from religious-centered care to academically focused care to drop-in care that offers virtual remote viewing for parents who desire to keep a watchful eye on their kids.

There are also child care options for older children which provide help with homework and enrichment activities, and even child care that teaches children how to cook, play a sport, or learn how to code on a computer.

Typical child care costs will depend on if a resident chooses private, in-home care, preschool-care, the age of the children needing care, and the skill level of the care provider—such as if the provider has special teaching certificates, for example.

Rates also depend on the specific location or program parents choose. As an illustrative example, full-day child care at Children's Orchard Academy for infants through five-year-olds costs $184 per week. Their before/after school care program costs $11 per day. At the FirstSteps Child Development Center, weekly costs for full-time care depend on the age of the child; infants less than a year old cost $157 per week, toddlers 1–4 $142, and children 4 and older $132.

Lubbock offers plenty of entertainment for its residents, including concerts, festivals, great food, nightlife, sporting events, and even go-karting and mini-golf. If residents prefer to spend time having fun in the sun, outdoors, there are plenty of offerings by Mother Nature as well. Try these common forms of entertainment in Lubbock:

The average household income in Lubbock, Texas, ranges from around $47,300 to $52,250. Pair this with the lower cost of living in general, and new residents have a recipe for success. The highest-earning individuals have many job sectors to choose from and a growing labor need.

The minimum wage for jobs in Lubbock is approximately $7.25. According to the MIT Living Wage calculator, the living wage in Lubbock for a four-person household with two working adults is $20.54 per hour. This takes into account expenses such as housing, child care, medical expenses, transportation, food, and utilities. The unemployment rate is roughly consistent with the national average of 6%.

The future job growth rate is around 39%, so potential residents can look forward to job stability. Like other parts of the U.S., the highest paying jobs are typically in the health care, engineering, and financial industries, with average salaries generally ranging from $46,000 to $55,000.

For those considering a move to Lubbock, Texas, it is also wise to consider the upward trend of the housing market. Buying a home in Lubbock could turn into an excellent investment somewhere down the road. Overall, Lubbock, Texas, is a very affordable place to live compared to other Texas cities with many of the same amenities.

Ready to discover your next home in Lubbock? Call The RealFX Group at (512) 956-7390 to get in contact with an experienced local real estate agent today and let us help you find your dream home in Lubbock, TX.