Things to Do in Pearland: Fun Activities For This Weekend 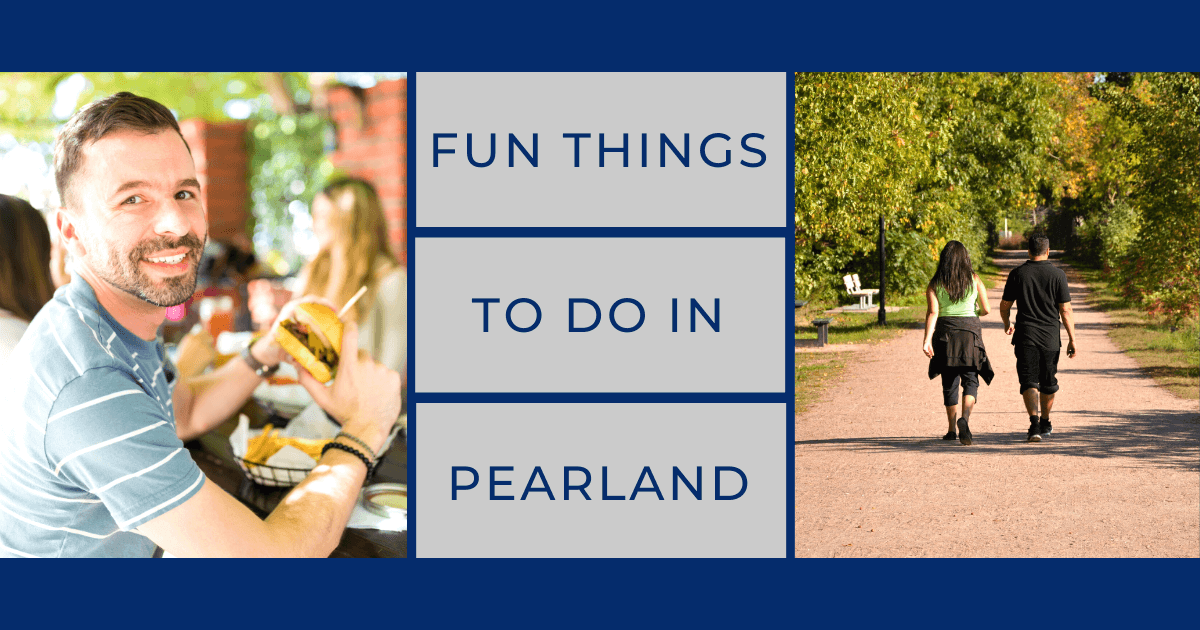 When it comes to tourist hotspots, Texas has some of the most famous destinations in the United States, especially in eastern Texas. Yet, there are many underrated, lively destinations within the Houston metropolitan area, including the city of Pearland.

Located in Brazoria County, Pearland is a thriving city with over 120,000 residents and only 25 minutes from downtown Houston. Often overlooked in favor of larger Houston, Pearland is not only a fun, vibrant city to visit, but it also has tons of big-city amenities. From its pristine golf courses to its stunning green spaces, Pearland has something for everyone. Whether you're a long-time resident or moving to Pearland soon, read on to learn about the best things to do in Pearland, Texas. 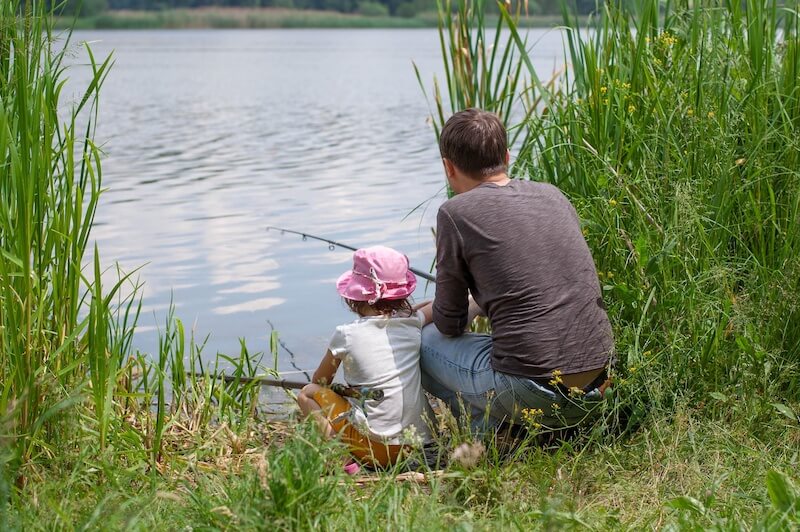 One of the biggest draws of Pearland, Texas, is its abundance of outdoor recreational activities. Whether it's thrill-seeking, such as skateboarding or BMX, or more leisurely, such as golfing or birdwatching, there's something for everyone. Learn more about some of the area's best parks, nature preserves, and other outdoor adventures.

One of the best ways to take in Pearland's natural beauty is through its array of parks and nature centers. Perhaps one of the area's most popular parks is Centennial Park. Located just off Mary's Creek, this community park has many desirable features, including a dog park, a splash pad, picnic areas, and playground equipment. It even has a disc golf course.

Like many southern states, Texas can be very warm, especially during summer. As such, many of Pearland's recreational activities revolve around the water. Visitors and residents are often out on the water, taking advantage of everything this eastern Texas community offers. Whether cooling off in swimming pools and splash pads or fishing, there are many bodies of water in Pearland to enjoy.

One of Pearland's most popular water activities is fishing. There are over 20 lakes and ponds within the city limits, and in most of those bodies of water, you can find residents fishing from the shore.

While Pearland is best known for its sports complexes and lakes, they're not the only way residents stay active. The Pearland area has tons of hiking and biking trails. Shadow Creek Ranch Nature Trail, located just 15 minutes from downtown, has a nature trail that runs straight through the heart of a beautiful nature park. Visitors can see glimpses of local wildlife while on their hike.

From its abundant natural landscapes to its gorgeous city parks, Pearland residents and visitors can explore all of the area's best sites through the great outdoors. Pearland has a variety of green spaces that cater to all types, pets, and the local wildlife. 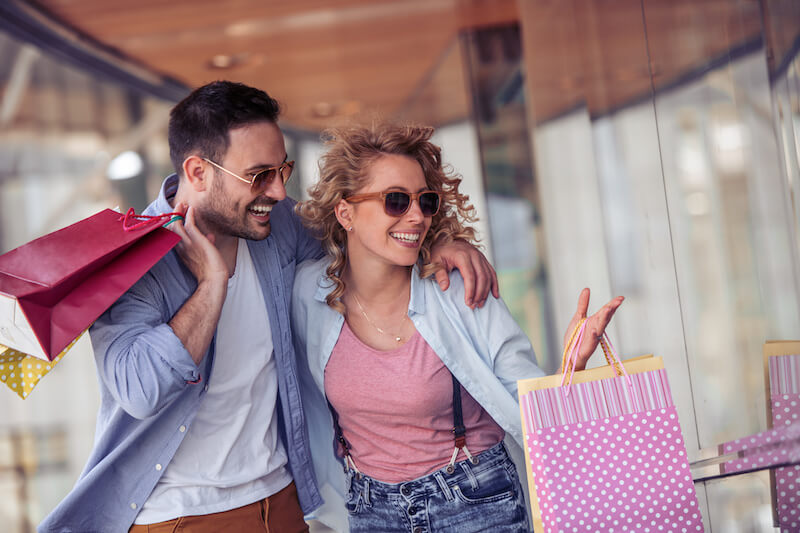 Even though Pearland has an abundance of outdoor activities, it has many similar amenities enjoyed in bigger cities, including fantastic shopping options. From eclectic boutiques to national retailers, Pearland has it all.

For shoppers looking for everything in one place, Pearland Town Center hits the mark. This open-air mall has over 140 popular chain stores, boutiques, and department stores. For those looking for a unique experience, Pearland also has antique shops and specialty stores, including Cole's Antique Village & Market, Brows' Aroun' Antiques, and Journey to the Past. Pearland residents don't need to go far to find everything they need. 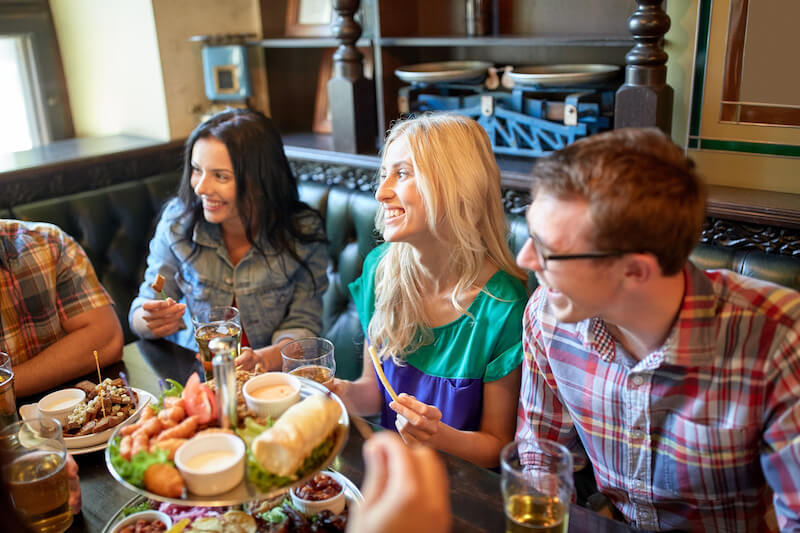 Pearland has quite an array of restaurants waiting for diners to discover. Because the city of Houston and the city of Austin have had a renaissance when it comes to culinary offerings, towns in the surrounding areas have also experienced an increased food presence, including Pearland. Now, residents and visitors have more restaurant and bakery choices than ever before.

Pearland is also home to some of the area's best bakeries and tea shops, including Pena's Donut Heaven and Four Friends Tea Room. 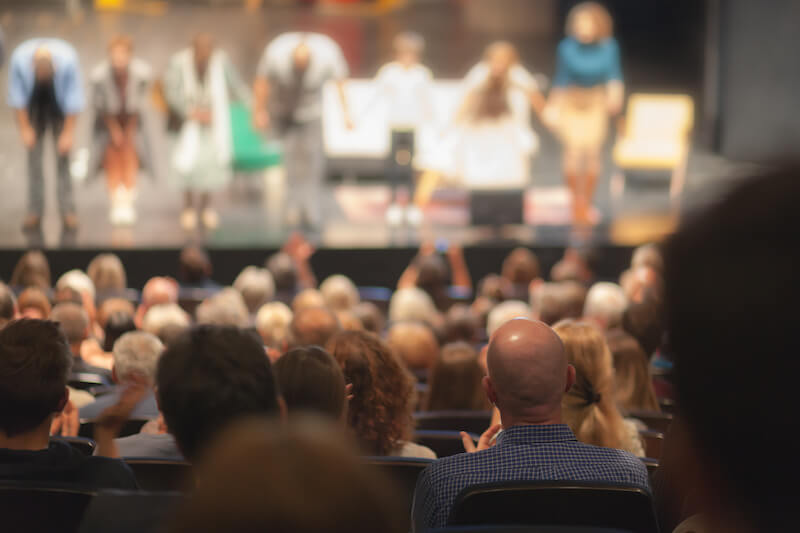 Pearland has an exceptional cultural scene that has garnered more attention recently. Pearland has many cultural offerings, from its stunning museums and theological landmarks to performing arts centers.

Residents and visitors in Pearland have access to some of the area's most significant museums and historic sites, whether in Pearland or nearby Houston. One of the area's most unique sites is the Sri Meenakshi Hindu Temple, an architectural wonder and cultural oasis in the heart of Pearland. This Hindu temple is dedicated to the Goddess Meenakshi and replicates the original temple in Madurai, India.

Pearland is also just a short distance away from Houston's Museum District, with museums such as the Houston Museum of Natural Science, the Holocaust Museum, and the Buffalo Soldiers National Museum.

In addition to the area's museums and iconic landmarks, Pearland offers an eclectic blend of modern art galleries for those interested in the visual arts. From canvas art to sculpture art, local and regional artists use a variety of mediums to express their artistic pursuits. Several galleries display these works of art, and in some cases, they are even available for purchase.

The primary art gallery within Pearland's city limits is JNL Gallery. In addition, there are many more just outside of Pearland in surrounding cities and towns.

For many, one of Pearland's most underrated features is its theatre scene. Not only does Pearland have iconic theological landmarks, but it also offers a wide variety of live performances. For many people, some of Pearland's best performances come from the Pearl Theater, a performing arts theater that puts on many productions per year, including famous plays and Broadway productions. In addition to the outstanding performances at the Pearl Theater, the city hosts one of the area's most supportive performing arts scenes, hosting many children's productions from Born 2 Perform, the Purple Box Theater, and the School of Rock. 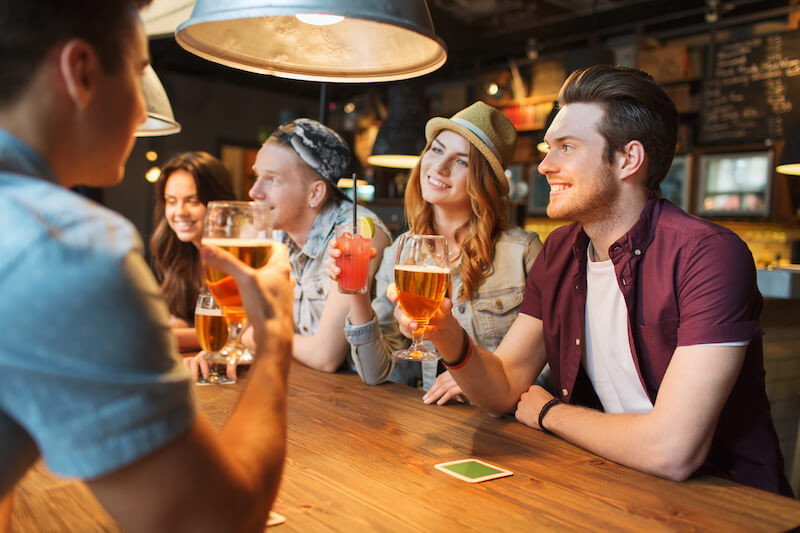 For Pearland residents, the fun isn't limited to its parks and theaters. For this Brazoria County city, some of the most exciting things happen after the sun goes down. Residents and visitors can find tons of nightlife options. From live music and sports bars, Pearland has an exciting nightlife scene worth exploring.

Pearland has a number of options with many types of atmospheres when it comes to bars. King's Biergarten is modeled after a Bavarian castle and is one of the few places in Pearland where visitors can drink like it's Oktoberfest year-round. They also have live music events on the weekends.

From pool houses to karaoke bars, Pearland has one of the area's best varieties of bars. Other popular bars are Scotty's Saloon, Bogie's Pub and Grill, Cooter Brown's Place, and JP McNasty's, only to name a few. For those searching for live music, some of the best bars in the area are SBB Scooter's Icehouse, 2-A-Day's, The Red Rooster, and Pearland House Concerts.

Experience Fun Things to Do in Pearland Today

From its naturally beautiful parks and exquisite art galleries to its lively theater scene and nightlife, Pearland provides a welcoming experience. While Pearland has tons of cultural and entertainment options for all ages, its proximity to Houston means people will always find something to hold their interest. For those looking to strike a balance between tranquil outdoor spaces and big-city energy, Pearland is an ideal destination.

Ready to find your Pearland dream home? Reach out to The RealFX Group at (512) 956-7390 to contact an experienced local real estate agent and discover your new Pearland home today.