What Is a PID? What Homeowners Should Know About Public Improvement Districts in Texas 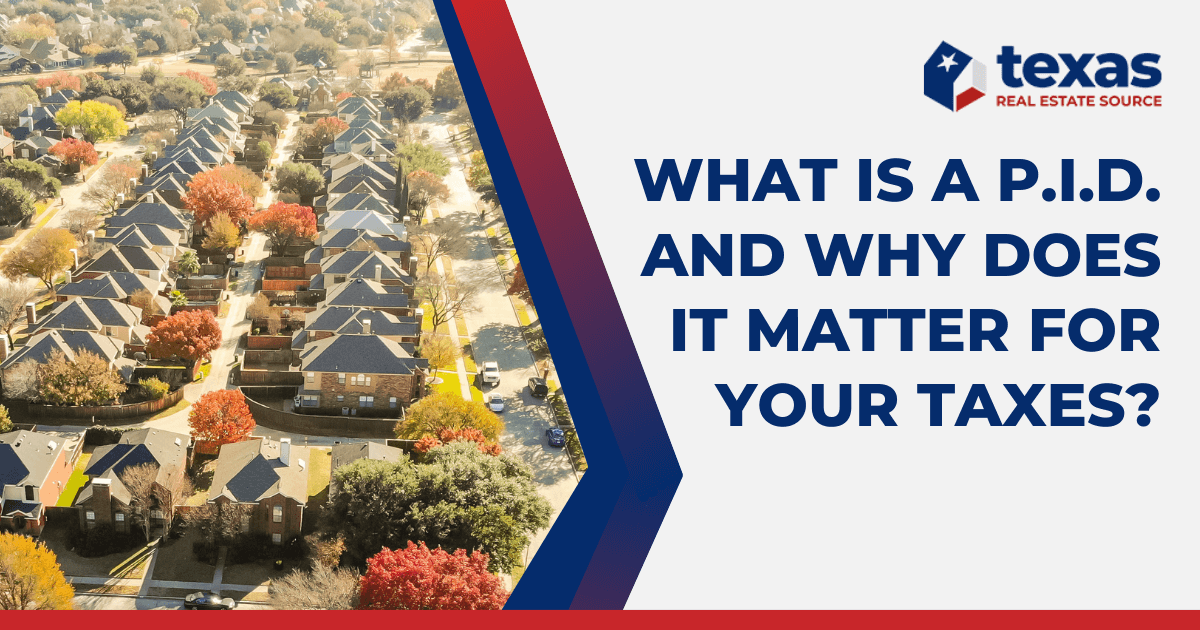 It's no secret that calculating and paying real estate taxes can be complicated. This is particularly true of property taxes in Texas, with many different taxing entities and special districts, each issuing their own assessments, tax rates, and exemptions.

On top of the traditional property taxes assessed by the local jurisdictions in each Texas county, there may be additional fixed assessments that homebuyers must pay. One example is the Public Improvement District, or PID for short.

What Is a PID? Public Improvement Districts in Texas 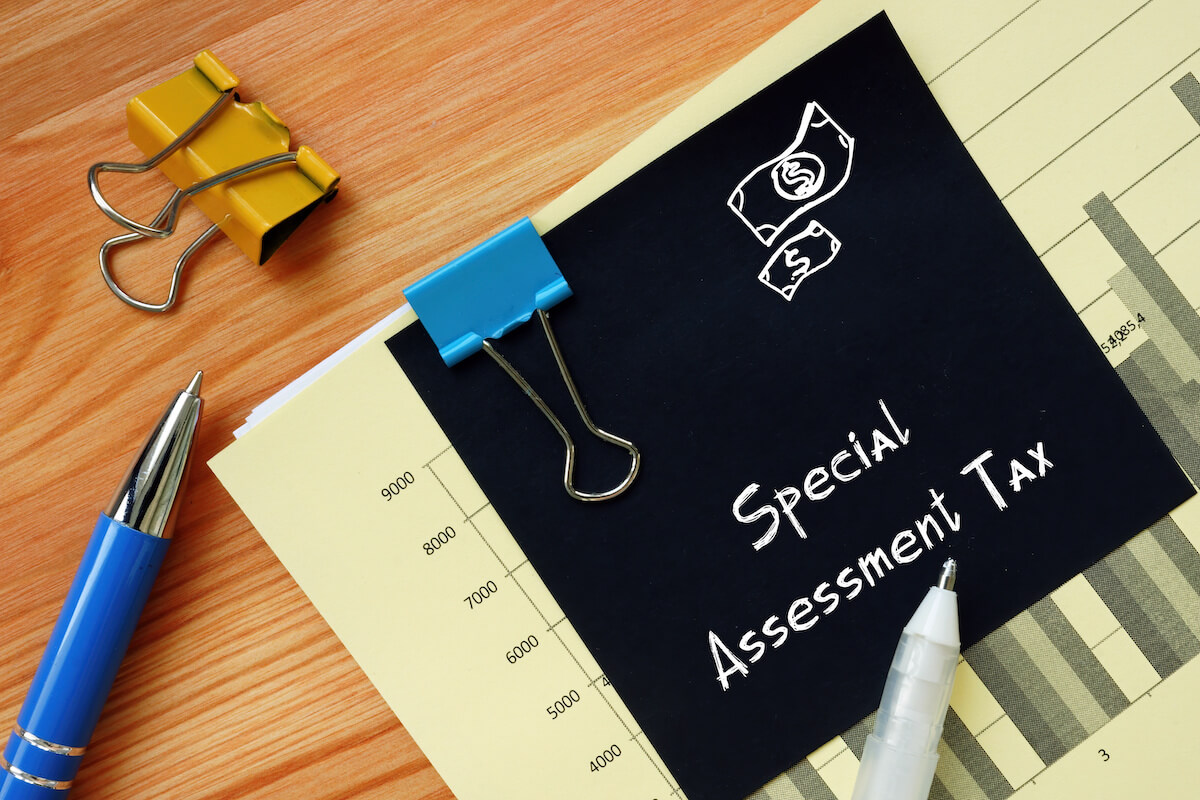 Homebuyers often find themselves staring at an alphabet soup of abbreviations on real estate paperwork. Tax statements, in particular, can be complex, loaded with classification shorthand and category codes, not to mention all the acronyms like CADs, MUDs, and ISDs. One such acronym can be especially confusing, causing taxpayers to frequently wonder, "what is a PID?"

PID is an acronym that stands for Public Improvement District. In Texas, state statute grants cities and counties the authority to levy assessments against properties in their district in order to fund specific improvements benefitting those properties. These Public Improvement District taxes pay for community enhancements like road construction, water distribution systems, wastewater collection, landscaping, city parks, recreational opportunities, and more. PID assessments are generally calculated based on the size of the property.

Though similar in some respects, a Public Improvement District (PID) is not the same as a Municipal Utility District or MUD. While both have local taxing authority under the Texas tax code, the primary difference between the two lies in the intended use of any collected taxes.

A Municipal Utility District is created to finance, build and maintain infrastructure and services related to water, sewer, and drainage in areas that are otherwise unmanaged by local governments. MUDs are typically required to fund such utilities in residential communities outside the limits of a city's public services.

While MUD taxes are generally earmarked for water and sewer, PID revenue can be used for a variety of community improvements, including parks, fountains, landscaping, and other non-utility enhancements.

The mixups continue with the easily confused acronyms PID and PUD. Sometimes taxpayers also mistake PIDs and PUDs with homeowners' associations or HOAs. They are not the same.

As we've seen, PIDs are special taxing entities created to fund certain property improvements. They are fixed assessments that expire once the upgrades are complete. Public Improvement District fees are also tax deductible.

In Texas, PUD stands for Planned Unit Development. This is a special zoning designation that is often granted to an existing subdivision to allow for greater flexibility in land use. They may include commercial properties and residential areas. A PUD will always have an HOA, but not all HOAs are part of a PUD.

Both PIDs and PUDs differ from HOAs. PIDs are created and controlled by a city or county and levy taxes to fund property enhancements. HOAs, on the other hand, are usually managed by homeowners and charge dues to support specific community services. While PUDs are managed by HOAs, PUD is a zoning term, while an HOA is an organization.

A note for those moving to Texas from other states: in other states, PUD often stands for Public Utility District, which is something completely different. A Public Utility District is like a MUD, created within a community to supply homeowners with water, sewer, power, and communication services in the absence of other providers. Simply put, PIDs collect taxes to fund improvements, and these PUDs provide utility services.

There's more potential confusion between PIDs and TIFS, or Tax Increment Financing Districts. PIDs and TIFs are both special districts related to funding property improvements, and they are both fixed assessments that get paid down over time. PIDs and TIFs differ, however, in how they're applied.

What Is a PID Number in Real Estate?

Homeowners wondering what their PID number is can typically find it on their annual property tax statement. The property ID number should be clearly marked and is usually located near the property owner's name.

How to Find Out If You're In a Public Improvement District

The existence of Public Improvement Districts in Texas communities must be disclosed to potential buyers before closing. Sellers and their agents are required by state law to notify buyers that the property in question is in a PID and that annual assessments have been made for authorized improvements. Such notification is frequently included in the listing description for the property being sold.

How Long Do PID Taxes Last? 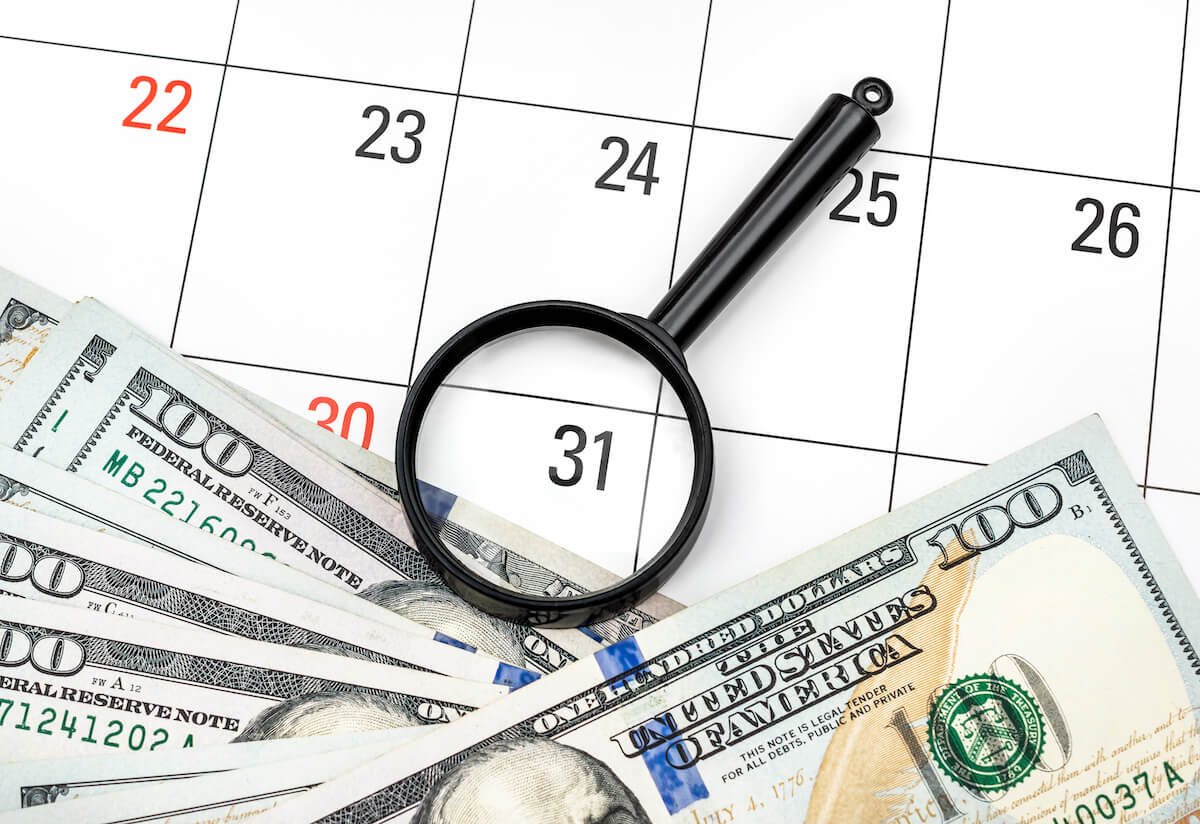 Public Improvement District assessments differ from property taxes in that PIDs are usually of finite duration. PID taxes may be spread out over a 20- to 40-year time period, ending once the fees levied against a property have been paid in full. Homeowners can also pay off the total assessed amount in a single up-front lump sum.

What Communities Have PIDs? 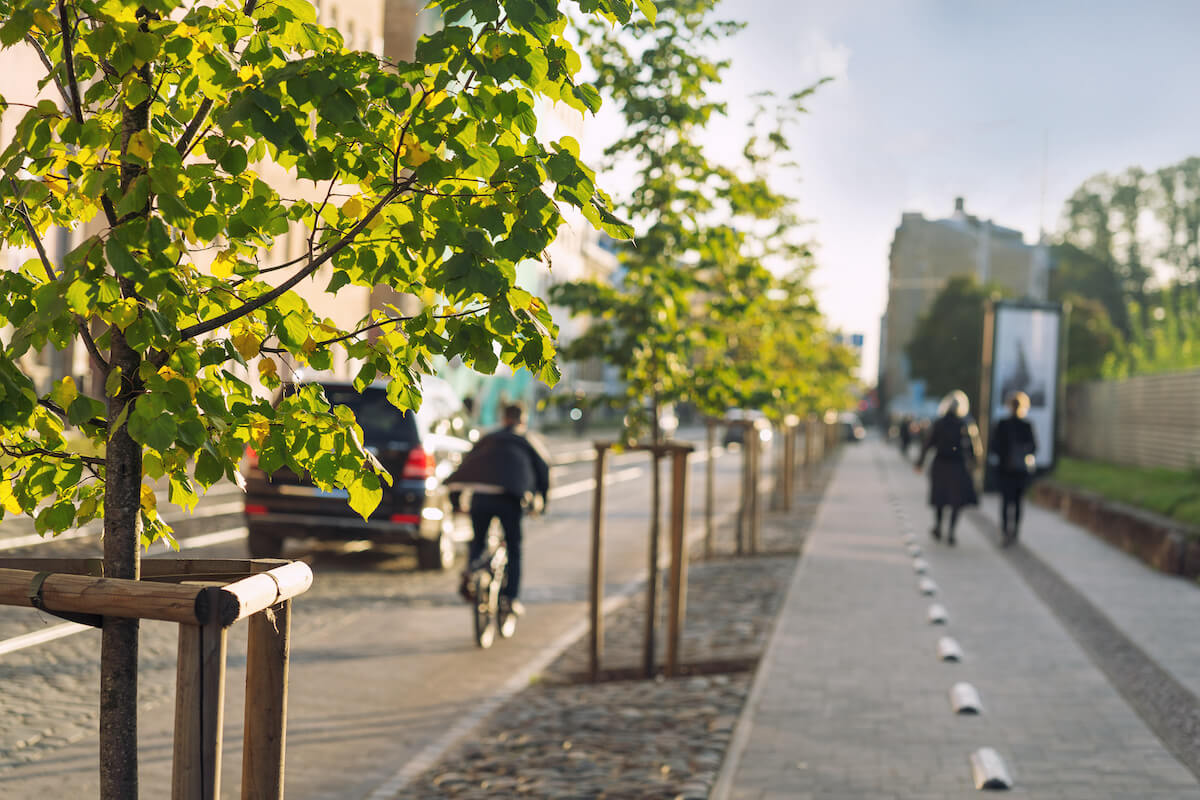 Almost every large city will have PIDs, but some PIDs may not apply to the average Texas homebuyer. PIDs are highly individual and may cover a variety of property types.

For instance, the city of Fort Worth in Tarrant County has several different public improvement districts across various parts of the city. Some Fort Worth PIDs include only residential properties, while others, like the Stockyards PID, are limited to commercial properties. Yet another PID, Fort Worth's Tourism Public Improvement District, applies only to hotel properties of 100 or more rooms.

Other Texas cities, like the city of Austin, support two different types of PIDs. A development PID can be created to fund infrastructure in a specific geographic area, while maintenance and operations PIDs are generally used to support commercial business districts.

Texas cities can fund particular residential development and enhancements through the creation of Public Improvement Districts, also known as PIDs. Homebuyers in a defined PID pay a fixed assessment amount on top of their property taxes. The billing and collection of PID taxes are managed through each county's tax collector. PID fees can be paid in annual installments or satisfied in full with a single lump sum payment. The monies collected by a PID typically pay for improvements like roads, water and sewer lines, drainage, landscaping and irrigation, and other community upgrades.

Unlike traditional annual property taxes, assessments made by Public Improvement Districts in Texas expire once paid in full. And, while property taxes are assessed based on a parcel's appraised value, PID taxes are calculated according to the size of the lot.

Now you know what a PID is and what it isn't. But how do you know if your property is in Public Improvement District? Sellers and their agents are required to provide notice of any PIDs prior to closing, and tax statements generally indicate all such special districts. Taxpayers can also search all special purpose districts in their county via the Texas Comptroller's website.

Ready to live your best life in Texas? Call The RealFX Group at (512) 956-7390 to contact an experienced local real estate agent who can help you discover the Texas home of your dreams.