Top 15 Cities Where Construction Companies Are Building the Most Homes 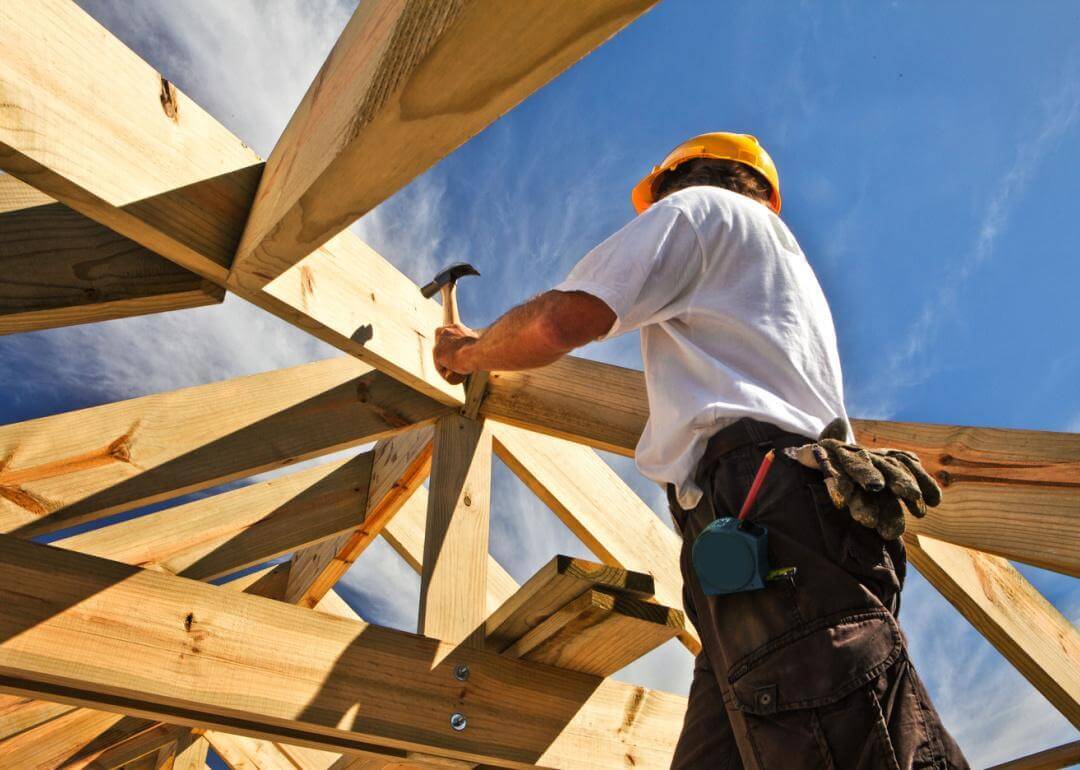 Nearly 5 million Americans moved during the first two years of the COVID-19 pandemic, according to data released earlier this year, as remote work allowed many the freedom to live nearly anywhere.

Before the pandemic, more than 4 in 5 people lived within an hour and a half of their workplace. Now, according to an Upwork survey, more than 2 in 5 workers live more than a two-hour drive from their place of employment. Whether moving because they were unshackled from onsite offices or sought lower cost of living and bigger homes, Americans migrated to different areas of the country.

To better understand how—and where—the home-building industry responded to the increased demand for new housing, Texas Real Estate Source examined U.S. Census Bureau data to determine which metropolitan areas issued the most building permits this year. Metros were ranked by the number of new homes per 1,000 residents. The total number of units includes permits issued for single-family homes, duplexes, and apartments from January to October 2022, the latest data available. Each metro has at least 250,000 residents and incorporates the central city and surrounding towns and suburbs. Local jurisdictions issue building permits for a construction project once it has been approved. In an apartment building, every unit counts as a housing unit for this analysis.

The analysis found that the number of housing permits issued fell by 2.4% in October compared with September. That decrease put home construction at an adjusted annual rate of 1.53 million, which is 10% lower than this time last year.

Most of the metros in this list are found in the rapidly growing Sun Belt region, which stretches across the Southeast and Southwest. Almost half the cities on this list are in Florida. Population growth in the Sunshine State between April 2022 and April 2027 is expected to average 808 new residents a day, according to the state's Office of Economic and Demographic Research.

Here are the top 15 metropolitan areas in the United States building the most homes: 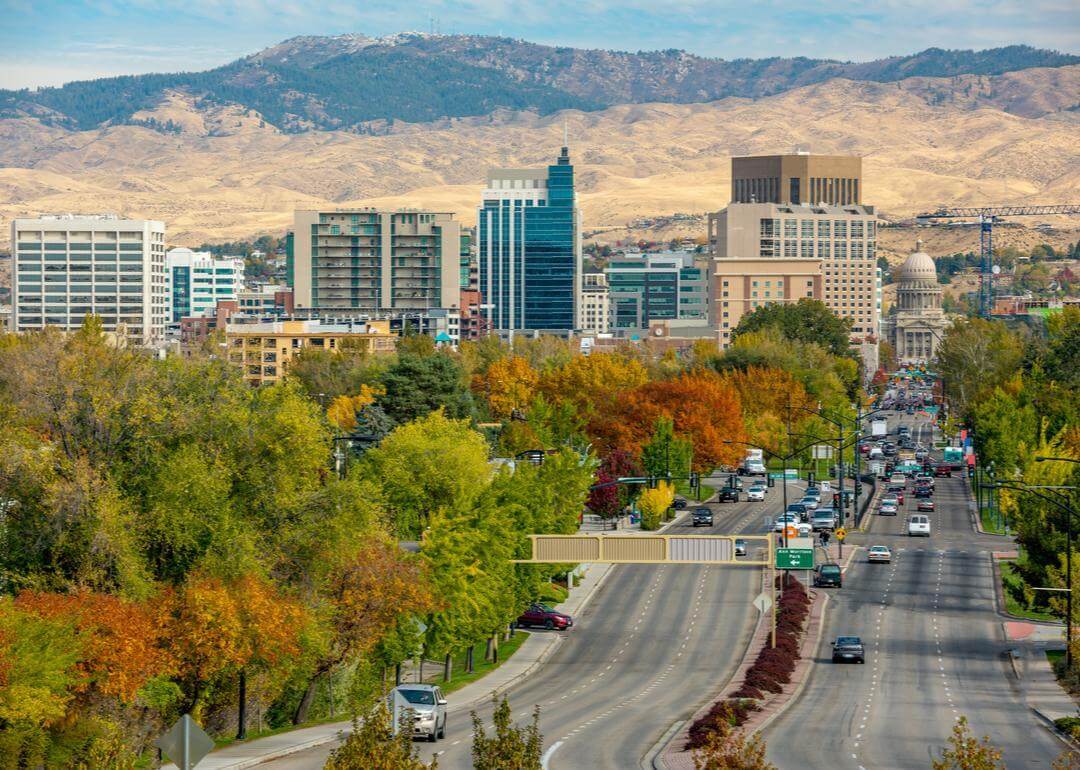 Boise is known as the "City of Trees" for its proximity to vast wilderness, mountains, the 102-mile-long Boise River, and hundreds of trails. With a lower cost of living than many large metropolitan areas, Boise has seen a massive influx of transplant residents in the past few years.

Construction companies building homes in the area are struggling to keep up with demand due to material shortages, supply chain issues, and staffing shortages.

Find the Perfect Home for Sale in Houston

Find Houston homes for sale and get insights into community amenities, schools, and the local property market. 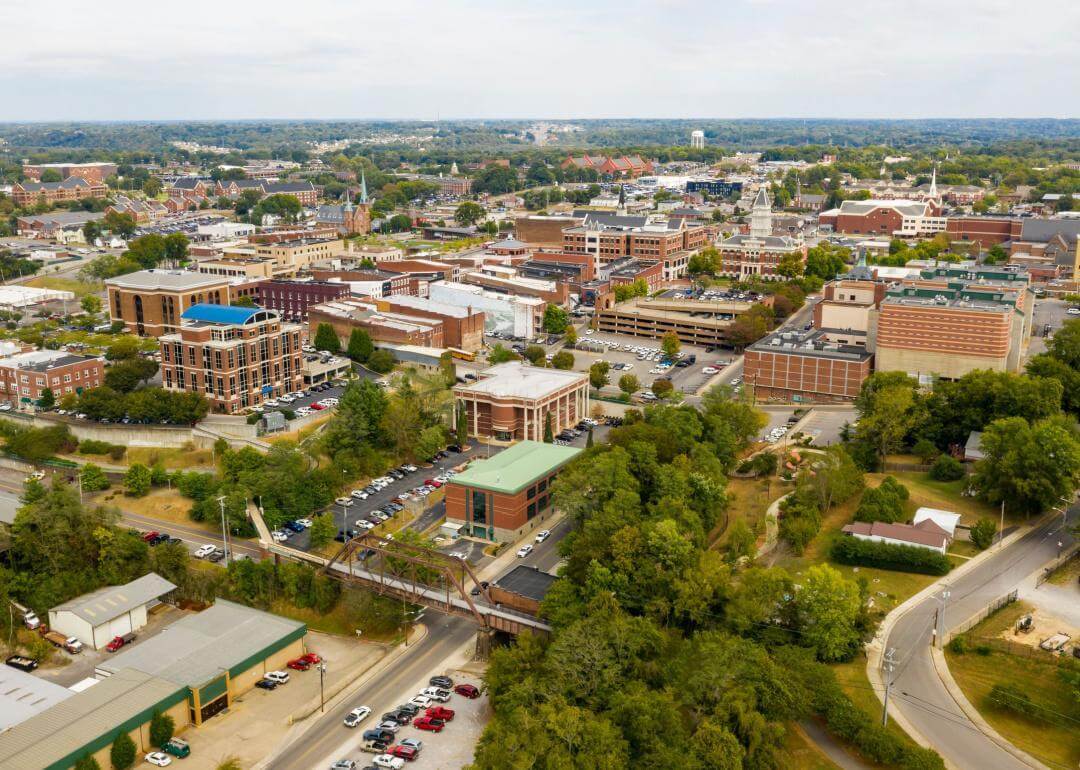 Only 50 miles from Nashville and a haven for young, hip millennials, with an average age of just 29, Clarksville is consistently rated as one of the best places to live in the United States.

With Fort Campbell nearby, low cost of living and high quality of life are just a few reasons more than 68,000 former military personnel remain in the area after retiring from the service. 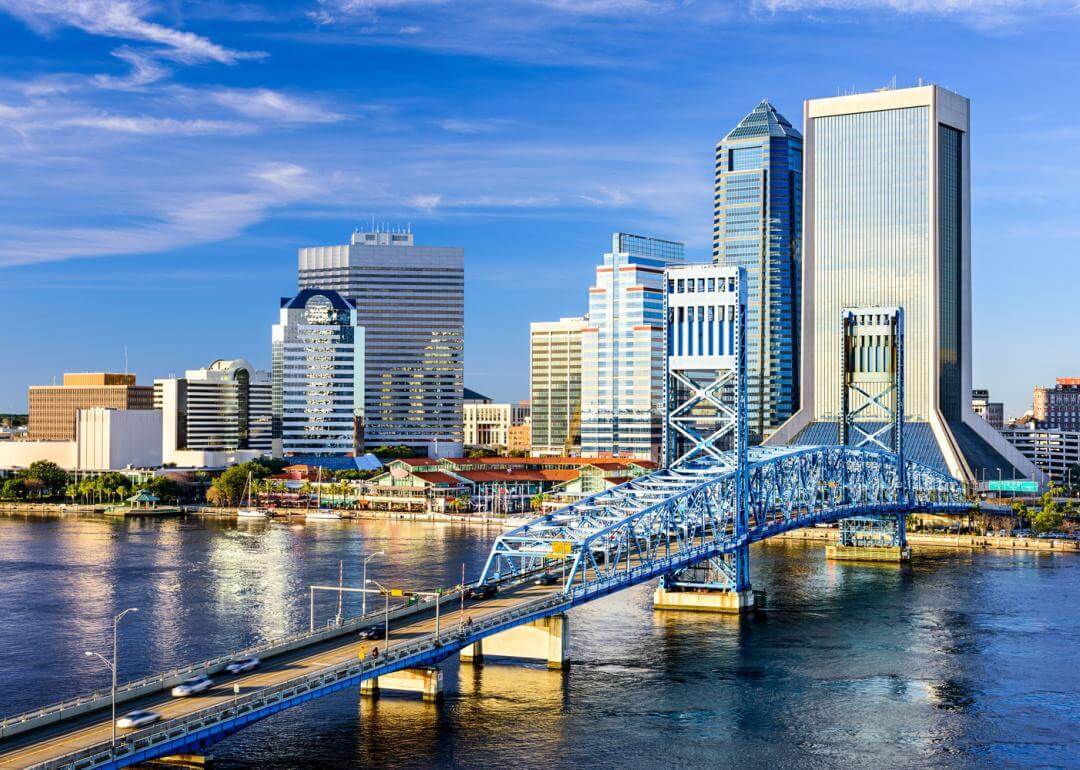 Jacksonville, in the northeastern corner of Florida, is the largest city by area in the continental U.S. The cost of housing in this Florida city is 14% lower than the national average. It claims to have more shorelines than any other city in the United States, making it the perfect home for beachgoers and outdoor enthusiasts. 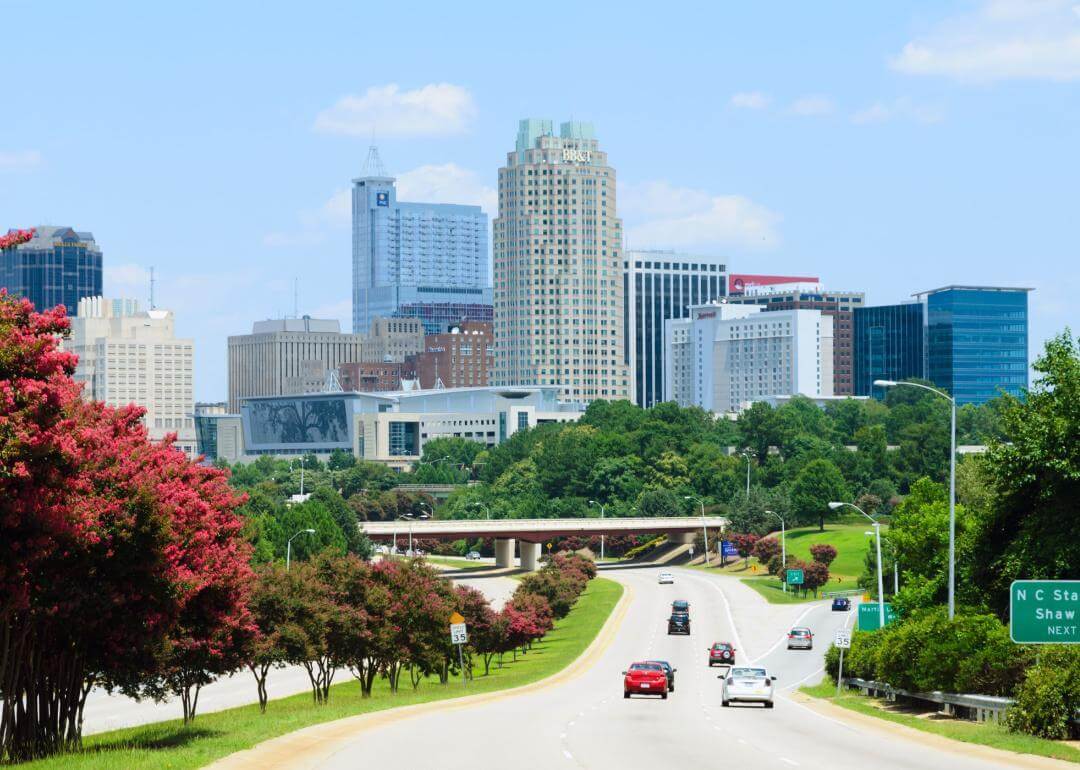 Raleigh is part of the Research Triangle area and boasts the largest high-tech research and development park in the U.S. Though housing costs are rising in Raleigh, low property taxes and a lower cost of living than the national average make homeownership more attainable than in other large cities. An abundance of job opportunities and a high quality of life make the Raleigh area a great place to raise a family.

Explore a diverse range of properties and Dallas homes for sale with options to search based on price ranges, bedrooms, property types, and more. 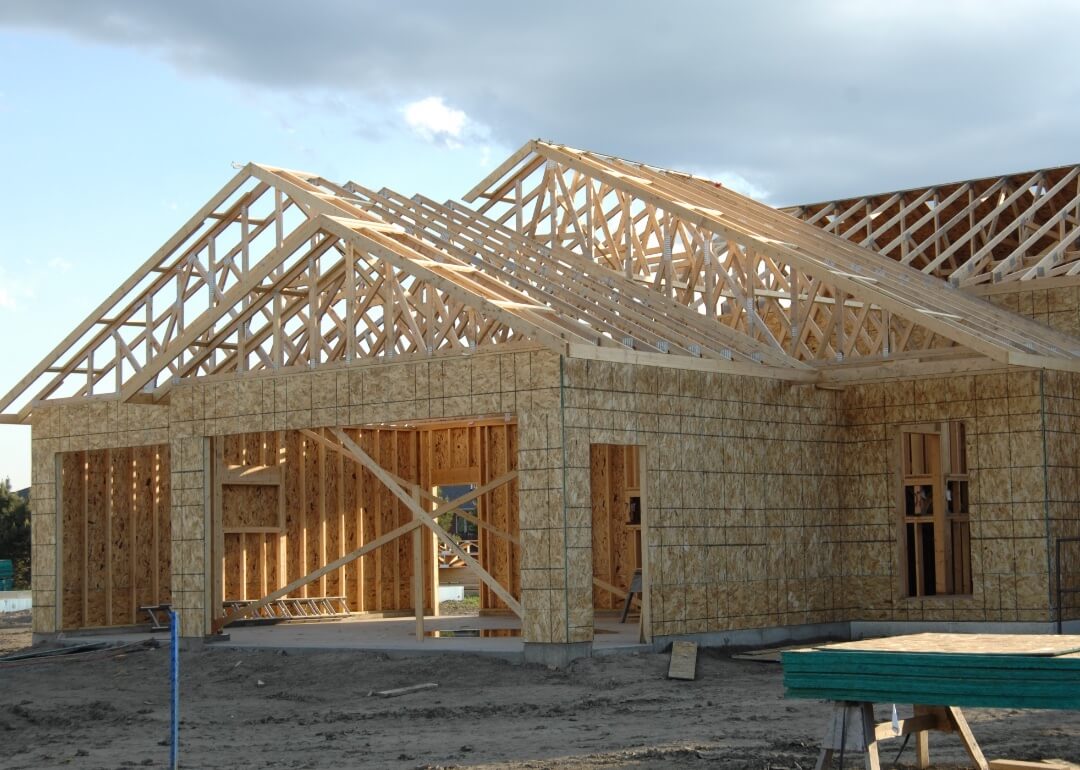 Crestview is a small town in Northwest Florida located 30 miles inland from stunning beaches on the Gulf of Mexico. Its proximity to multiple military bases—including one of the largest in the world, Eglin Air Force Base—keeps the demand for new and existing homes steady. 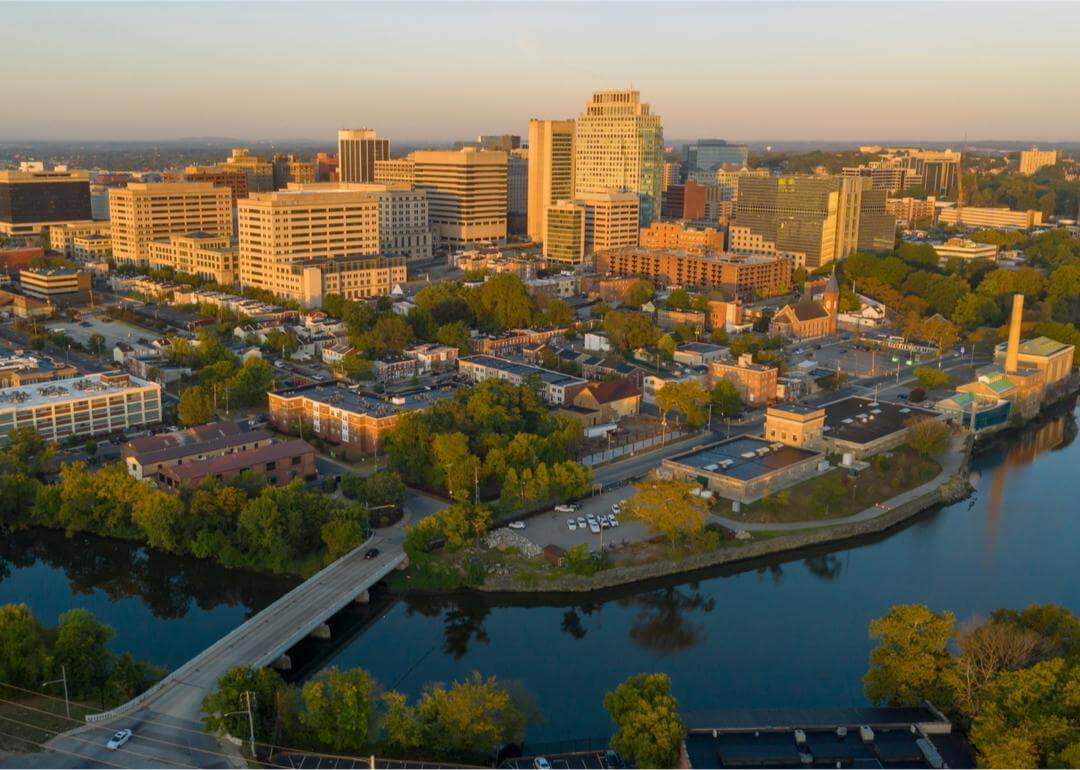 Wilmington is rich in history and charm, with more than 30 miles of shoreline, multiple public parks, a vibrant music and arts scene, and a booming economy. Surprisingly, for an area in such close proximity to the ocean, the cost of living in Wilmington is 4% below the national average. The professional and business services sector grew 31% from 2010 to 2020. Over 20,000 jobs were created in the area in the past 10 years. 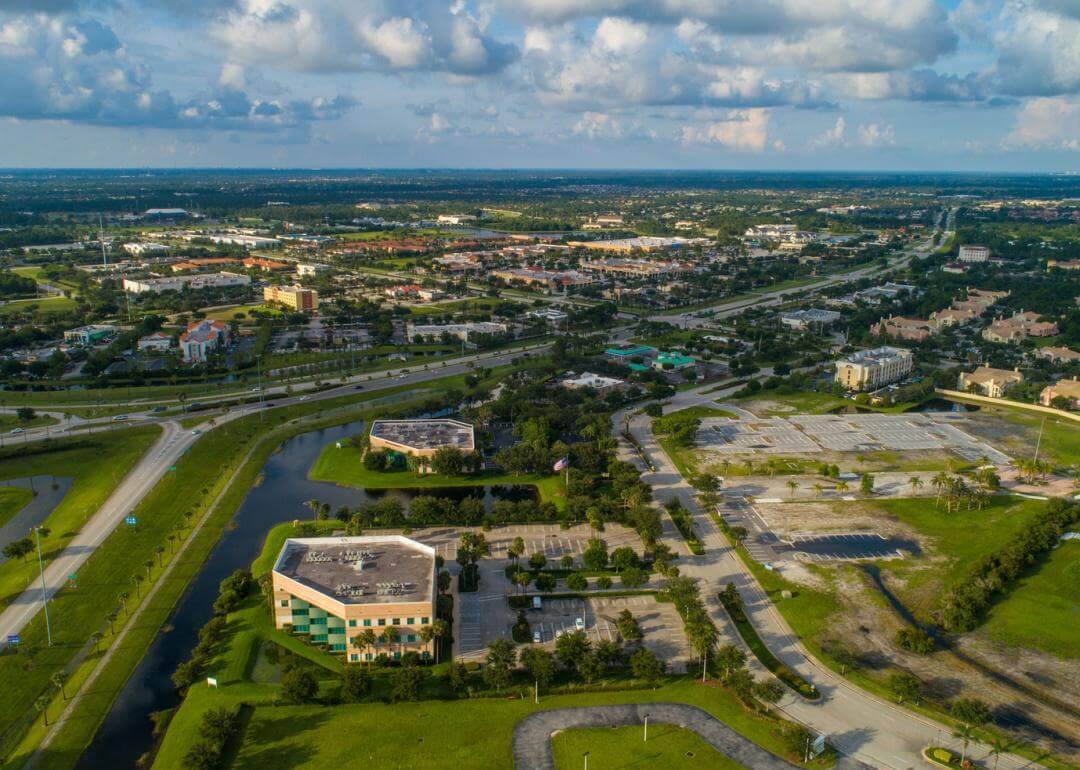 Port St. Lucie sits on the east coast of Florida, between Miami and Orlando. A plethora of housing options, city parks, proximity to the beach, and a growing arts community contribute to the area's ever-growing popularity. Each spring, thousands of people travel to Port St. Lucie to watch the New York Mets during spring training at Clover Park. 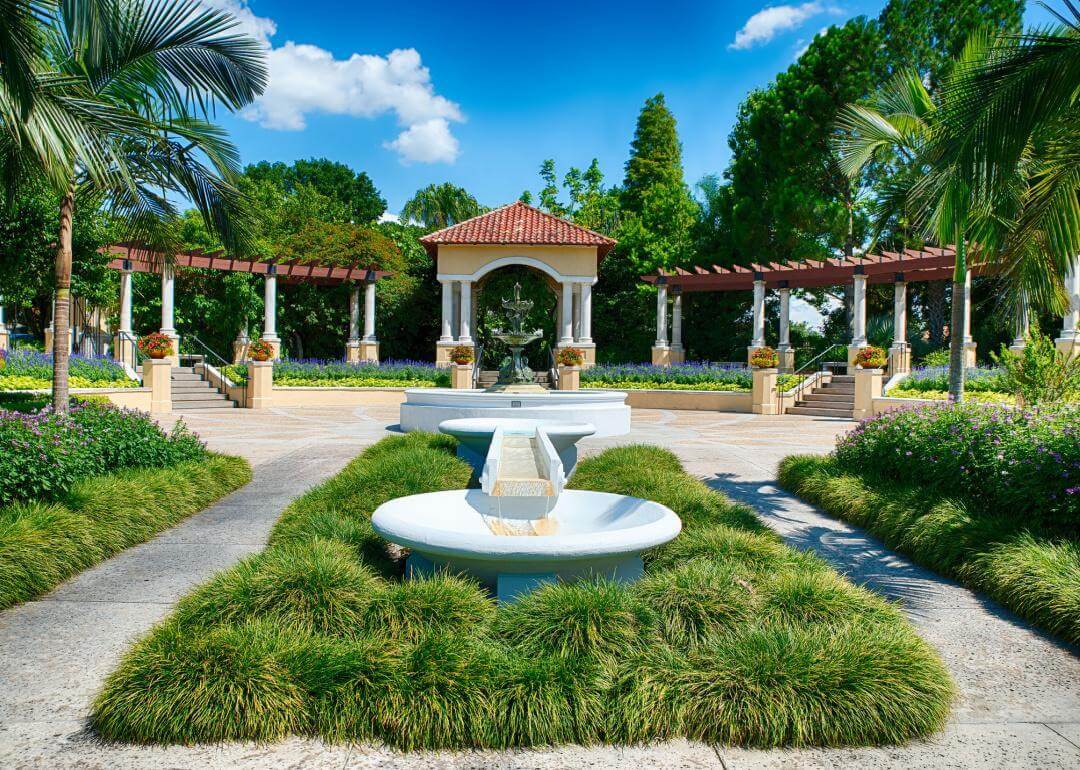 Lakeland is situated in the middle of Florida between Tampa and Orlando, making it a convenient location for travel throughout the state. The city has a rich history dating to some of the first Florida pioneers in the 1870s. The city has more than 1,600 historic buildings in its seven historic districts. The overall median home value in Lakeland is $288,000, making it an affordable place to live. 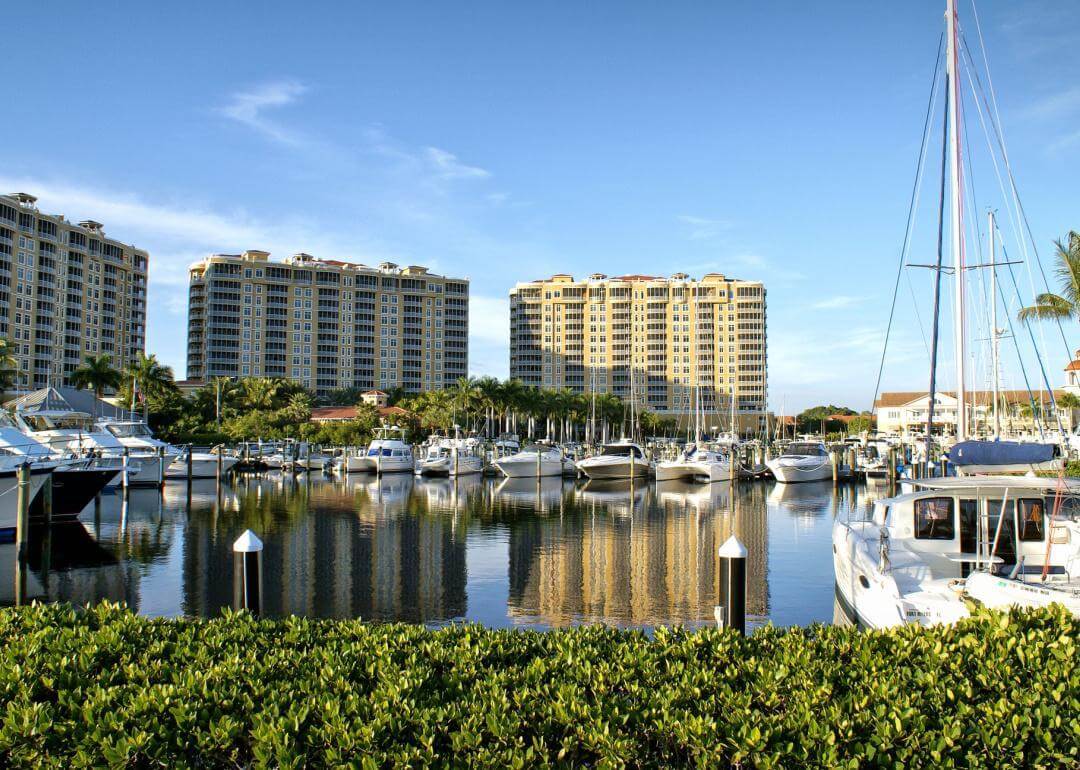 Situated in the southeastern part of Florida, Cape Coral has more than 400 miles of navigable waterways, which is more canals than any other city in the world—including Venice, Italy. Cape Coral is one of the least expensive cities to live in Florida.

If you don't mind the humidity, Cape Coral has many job opportunities and is expected to grow by 41% over the next 10 years.

Locate Your Next Home in Pearland

Search through a wide collection of Pearland homes for sale and read through some of the key factors to consider when looking for a new home such as days on the market and square footage. 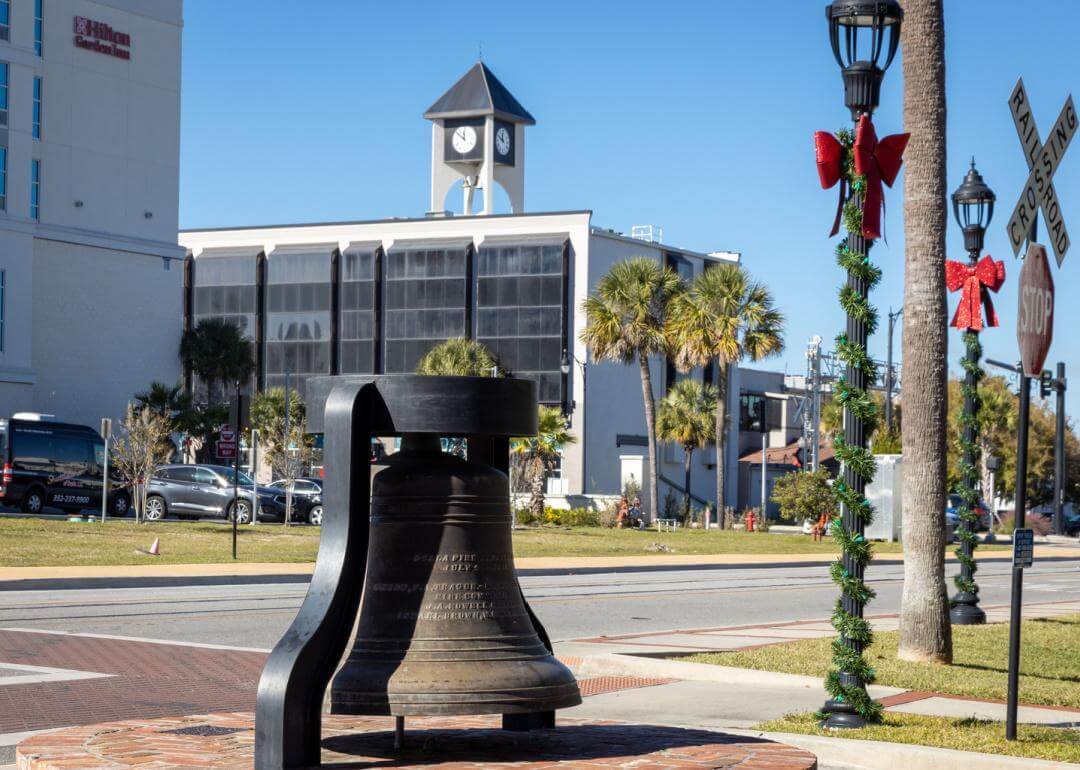 Situated in the middle of Florida and nicknamed the "horse capital of the world," Ocala's county has more horses and ponies than any other county in the United States. Almost 3 in 4 of Florida's horse farms and training facilities are near Ocala. The demand for housing by horse enthusiasts from all over the world has raised housing costs significantly over the past decade. 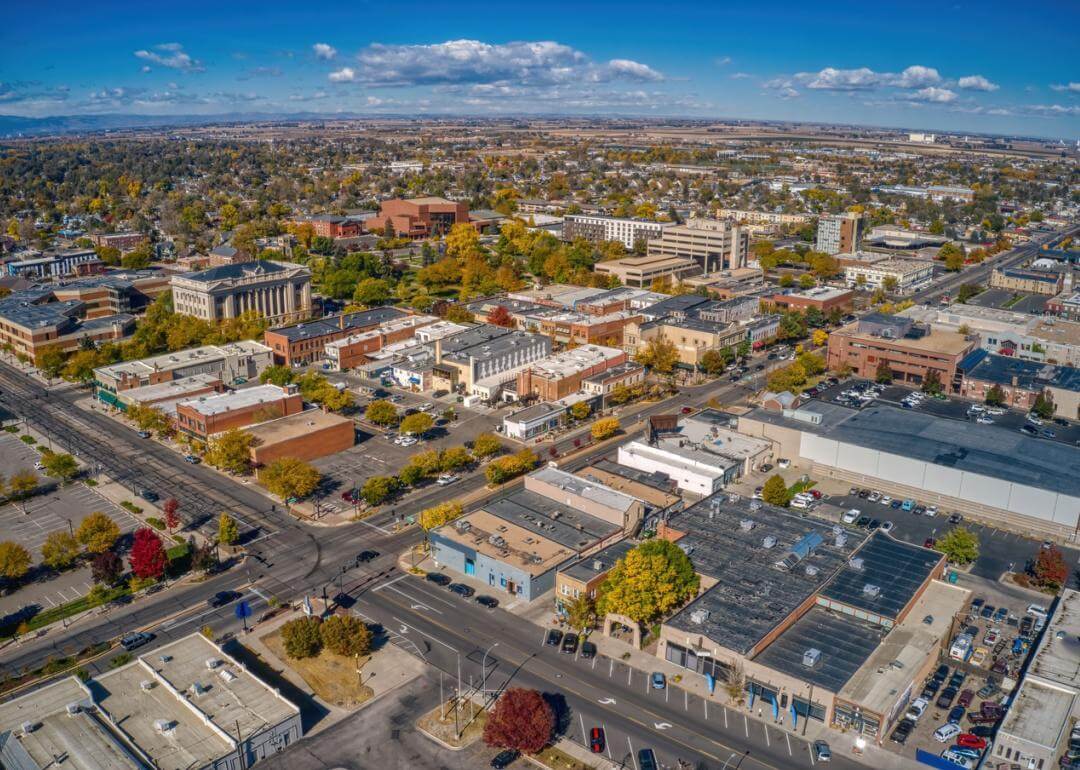 About 50 miles northeast of Denver and 30 miles from the foothills of the Rocky Mountains, Greeley, Colorado, is an agricultural town. Much of the area around Greeley is farmland. In the 1920s, 25% of sugar sold and consumed in the United States came from Greeley's sugar beet industry. Greeley's cost of living is lower than the national average, but it has not significantly increased in new residents in recent years. 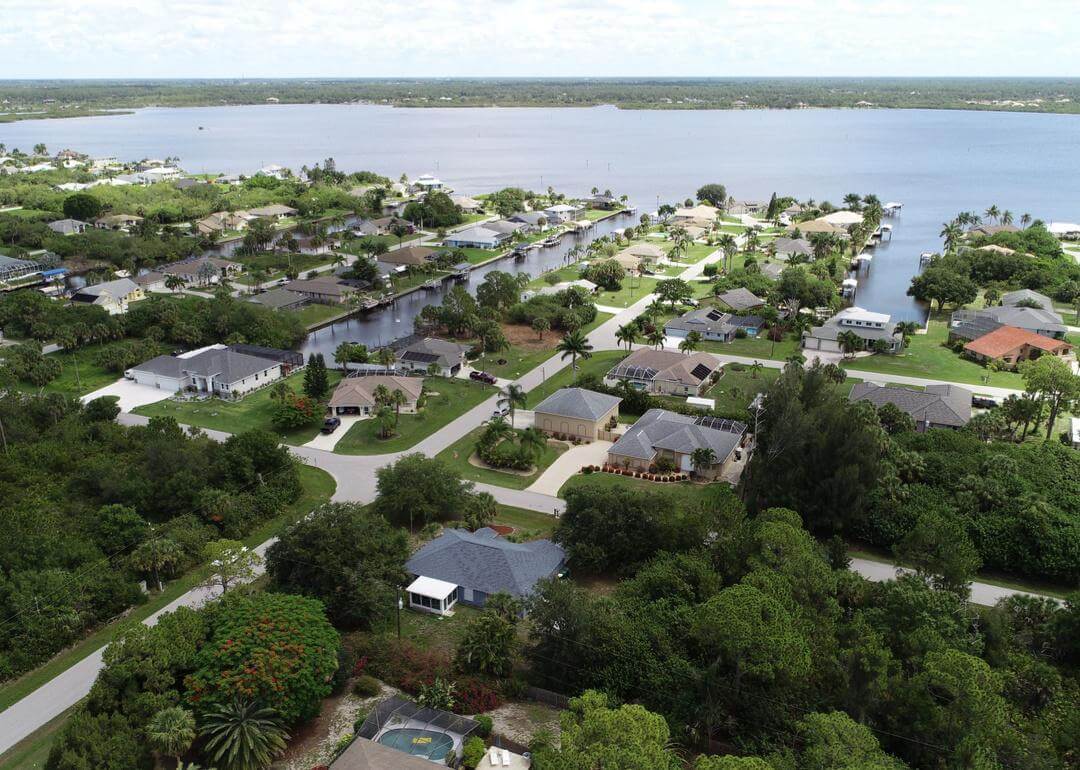 North Point is in southeastern Florida between Tampa and Fort Myers. It is one of Florida's largest cities by land area, but only 10% of that territory is inhabited. Though food and groceries are more expensive in North Port than the national average, housing, utility costs, and health care are all lower. 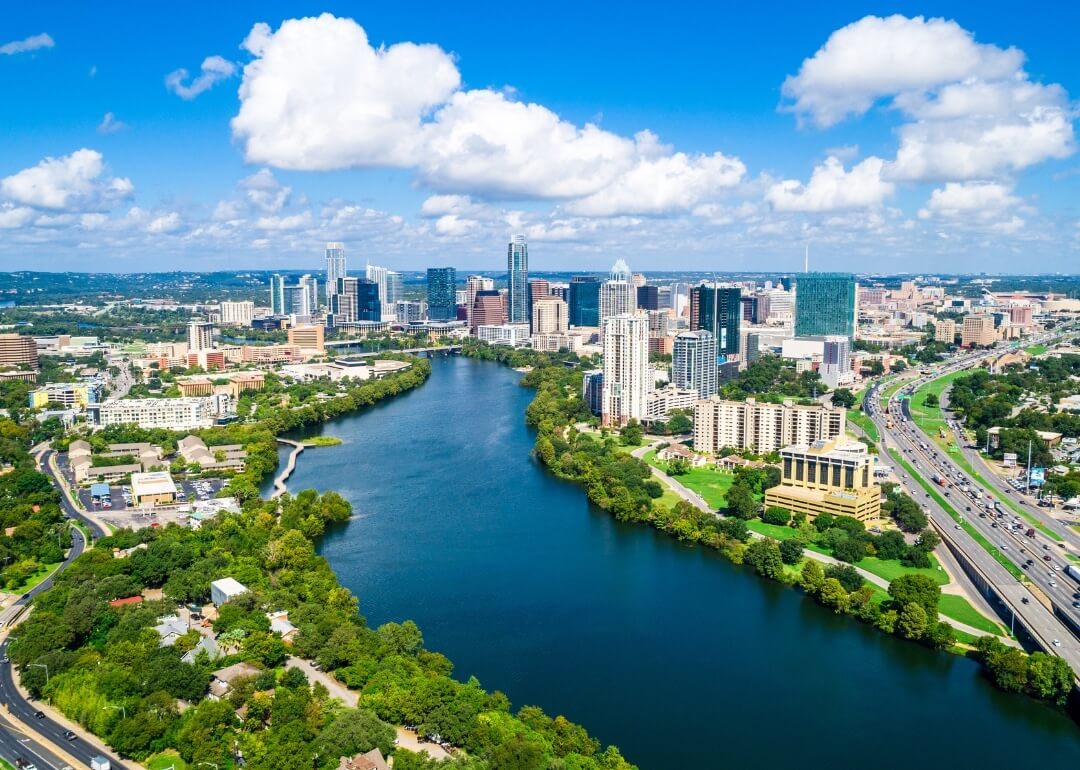 The capital of Texas boasts an average of 300 days of sunshine a year. Known for its counter-culture and iconic slogan, "keep Austin weird," the city is quirkier than many places in Texas. Employment in tech industries has grown by almost 30% in Austin over the past five years. With more tech companies expected to relocate to Austin in the coming years, the demand for housing should continue to rise.

Browse Homes for Sale in Austin 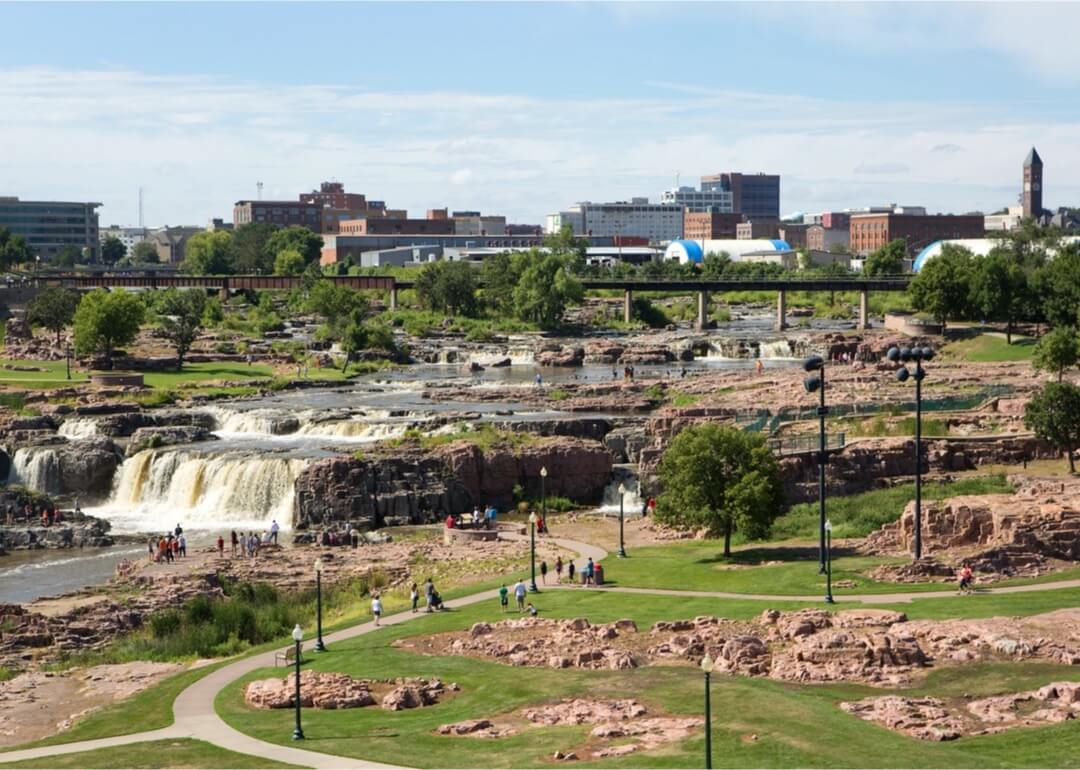 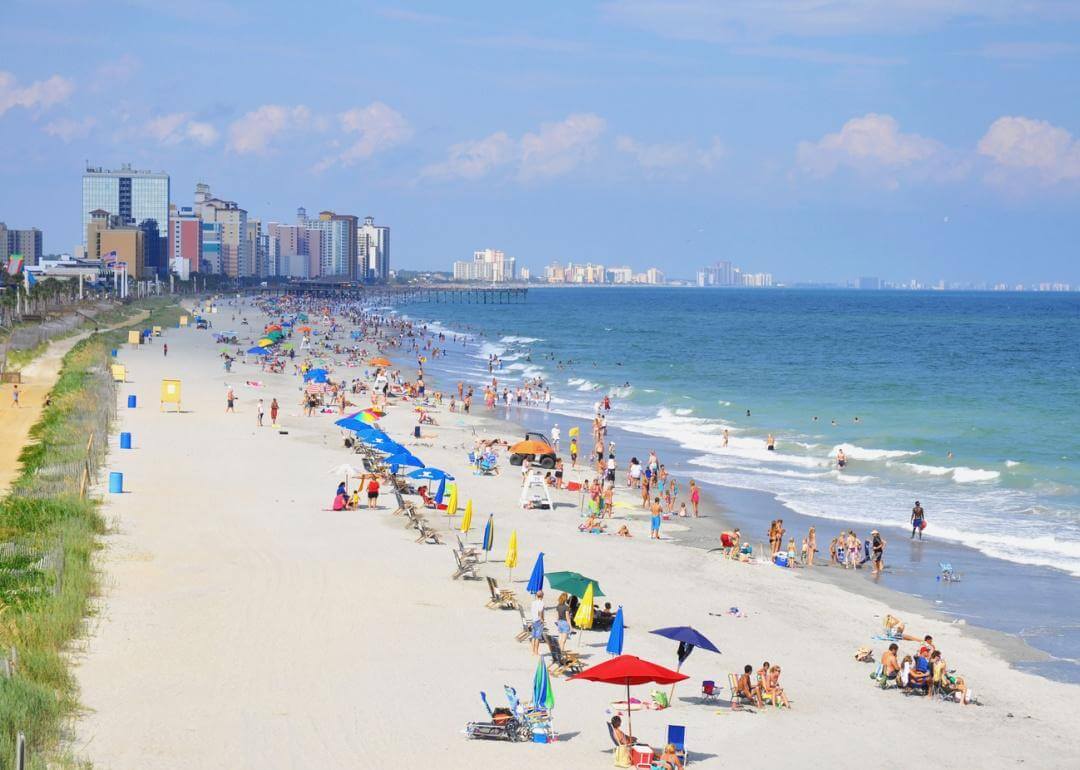 For people wanting to live in a beach town without paying typical beach town prices, Myrtle Beach is the place to be. Housing prices in Myrtle Beach are 28% below the national average. During peak tourist season, thousands of jobs are available in the hospitality industry. The county also boasts award-winning K-12 schools, two universities, a technical college, and a variety of trade schools.